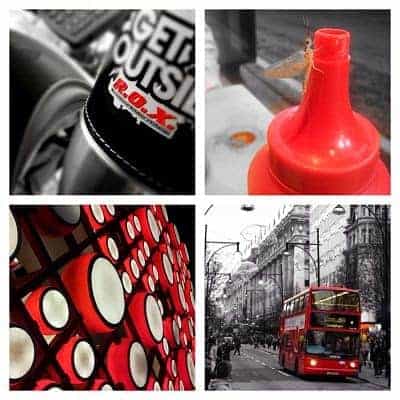 If you are a photography enthusiast, then you’d love to join this!

Mensa International is running a worldwide photo contest, the Mensa World Cup 2014, that’s open to current Mensa members around the world! It’s a straightforward photo contest. Winners get to have their photos exhibited in international Annual Gatherings and publicized in Mensa events around the world. Oh, there are prizes too (though we don’t quite know what they would be just yet!).

To get there, your photo will have to be among the top three in the Mensa Philippines World Cup!

The theme for this year? Beauty. Feel free to interpret that in any way that you can. You get to submit up to three entries. Yes, there’s a chance that more than one of your entries get to win.

Photo entries have to be in JPG format and be not more than 1MB in file size. Simply make sure that you’re a current member of Mensa Philippines, and submit your entries (one email per photo) to [email protected]. On the body of the email, include your Name, Membership Number, and the Title of your photo.

Deadline for submissions to the Mensa Philippines World Cup is August 8, 2014. Our panel of judges will then evaluate and select the top three entries, which we shall then forward to the international Mensa World Cup finals, which shall close on August 31.

So brush up your lenses, take photos (using whatever camera you have) and have fun!

1.
This competition is
organized locally by Mensa
Philippines, as part of the International Project Convergence initiative
of Mensa International.
2.       The theme for 2014 is: Beauty.
3.
There is no fee for
entry into the Competition. The entrant must be a member in good standing of Mensa Philippines for the duration of the competition.
4.
Photos should be in
JPG format not exceeding 1 MB.  Entries
in the national competition must be received by August 8, 2014.
5.
Name, membership number
and title of photograph should be included in the photo information/label or in
the text of the email.
6.
The photos should be
e-mailed to the following national mailing address:
[email protected]
7.
Each entrant may
submit up to three color images only.
8.
All entries must be
the sole work of the entrant.
9.
The three best
entries in the national competition will be selected by a locally organized
judging panel. Entries will be judged on the effectiveness of how they convey
the theme as well as composition, technical and other considerations. The
decision of the Judging Panel is final. The national winner will win the title
of Mensa Philippines
Photographer of the Year 2014.
10.
The three best
entries in each national Mensa competition will be included in the Mensa World
Photo Cup competition run under the supervision of Mensa International. The
closing date for the (International) Mensa World Photo Cup is August 31st,
2014. The International winner (MIL Photographer of the Year) will be selected
by a professional judging panel which will include the Mensa International
Chairman ex-officio.
11.
Winning photographs
will become part of the ‘Mensa IPC Collection’ and will be exhibited at the
Annual Gatherings and otherwise publicized, inside and outside Mensa.
12.
Entrants will retain
copyright of their photos but will grant Mensa non-exclusive rights for
publication in Mensa journals, on Mensa websites, on Photo SIG posters, for
display in exhibitions, or other appropriate places as part of the Mensa IPC
Collection without any financial reward to the contestant.
13.
Contestants agree
that their name and country may be published nationally and internationally.
14.
By submitting entries
for the competition, the entrant accepts all the conditions listed above.