The Dr. Rey Lesaca Achievement Awards honor Mensa members who have produced outstanding achievements for the betterment of humanity. It embodies the founding spirit of Mensa, which is “Intelligence for Progress,” and also embodies the spirit of the late Dr. Reynaldo Lesaca, past Honorary Chair of Mensa Philippines.

Dr. Custer C. Deocaris is a molecular-cell biologist, a graduate school professor at the Technological Institute of the Philippines, and a consultant of the Lung Center of the Philippines. He graduated at the University of Tokyo with a Ph.D. in Chemistry and Biotechnology, with a dissertation entitled “Manipulating Aging, Immortalization and Carcinogenesis with Mortalin”. He pursued post-doctoral work on neuroscience at the Institute of Health and Sports Sciences at Tsukuba University, Japan, and developmental biology at the Department of Embryology, Yonsei University School of Medicine, Seoul South Korea. He is probably one of the most prolific young scientists in the country, with 83 publications, 1024 citations and a Hirsh index of 16 as of today. He is an expert referee for the anti-aging journals Biogerontology (Denmark) and Journal of Gerontology (USA).

In 2011, Dr. Deocaris returned to the Philippines under the DOST balik scientist program to do advocacy and volunteer programs for nutrition, environment and space science. In 2012, he launched a national movement to convince the government to establish the Philippine Space Agency (PSA) and was the proponent of House Bill 6725 “The Philippine Space Act” in Congress.

In partnership with the Genome Institute of Asia (GINA) and the Technological Institute of the Philippines (TIP), he is setting up his dream laboratories at the Lung Center of the Philippines that will do creative researches with his students. These are the BESTI (Bioengineering and Stem Cell Therapeutics Initiative) and GeM (Genomics Medicine) Laboratory. BESTI and GeM will both be inaugurated this January of 2015.

His team at BESTI is developing the country’s first artificial organs: synthetic trachea (wind pipe) and lungs based on 3D printing and organ decellularization technologies. The bio-ink for the 3D printer which they are fabricating will be made of nanomaterial scaffolds from indigenous and recyclable materials (such as seaweeds and discarded human body parts) and embedded with dental pulp and adipose-derived stem cells. At the GeM Unit, his team is also working to completely sequence a reference human genome for the Filipino population using next generation sequencing technology. The hospital hopes to open services by next year for genome-based tailored medical interventions, particularly for lung cancer and COPD patients.

He is also a multi-awarded broadcaster-producer of the nationwide science radio show Pinoy Scientist at Radyo Agila (DZEC 1062 in Mega Manila). As a science reporter, he received recognitions from the Department of Science & Technology (DOST) and the Department of Agriculture (DA). He was also a finalist for the Golden Dove Awards by KBP for 2 consecutive years. In 2013, he was recognized by The World Academy of Sciences (TWAS) in Trieste, Italy, as the 2013 Regional Prize Awardee for “Public Understanding and Popularization of Science”. He was also chosen as one of the 2013 Top Outstanding Young Men (TOYM) for science and technology. 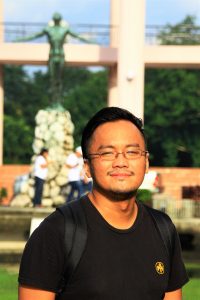 Joel is a person of many passions—music, travel, poetry and even cats. He is also a writer, a project management specialist, and an IT professional. But of paramount interest to us is his work in preserving our cultural heritage.

He is the author of a scholarly work entitled “Look up: A Study into the Sacred Art of Philippine Church Ceiling Paintings,” presented at the 8th Biennial National Convention of Church Cultural Heritage Practitioners in 2013, and published in Pintacasi: A Journal on the Cultural Heritage of the Church in the Philippines.

Since 2008, as a cultural heritage practitioner, he has been photo-documenting the interiors of over 400 Spanish-era Catholic churches nationwide, with the intention of preserving and promoting church artworks through both traditional and modern digital means. This includes over 60 of the largest pieces of heritage artwork in the country, in the form of church ceiling art.

To this end, he has established and spearheaded Project Kisame, a social movement and, dare we say, special interest group, that has built a community of followers, advocates and collaborators with interests on Catholic church ceiling paintings in the Philippines. Seeking to further promote appreciation of these magnificent works of art, Project Kisame, which is funded by the National Commission for Culture and the Arts, also serves as a tech startup that seeks to enhance awareness of and admiration for these works by allowing the public to appreciate the ceiling artwork in over 60 churches through the web and through mobile devices.

In 2014 he helped establish a nationwide project to map, document and manage all identifiable heritage resources in the Philippines through the Philippine Heritage Map online platform. The project is now an organizational effort under Grupo Kalinangan Inc., a non-profit cultural NGO he co-founded with his colleagues in the cultural heritage field. 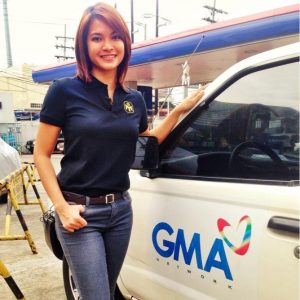 Mica graduated with honors with a degree in Broadcast Communication, and she’s currently taking up a Masters Degree in Women and Development Studies. But most of us know her for her day (or night—we’re not quite sure) job as a Senior Correspondent for GMA Network’s news programs.

And as a news correspondent, she has already done so much and has come so far in so little time, in a way that so few have ever managed to do.

For her report entitled “Gintong Krudo,” she told the heart-wrenching tale of friends aged 11 to 13 who, every morning, go out to sea to salvage crude oil that was dumped by passing ships, diving into the water and collecting these with sponges, risking their lives and their health for just about fifty pesos per pail of oil. Gintong Krudo was a Finalist at the 2013 Japan Prize for Educational Media. It won the Silver World Medal at the 2014 New York Festivals. And it won the Gold Camera Award and the One World Award at the 2014 International Quorum of Motion Picture Producers & US International Film & Video Festival.

In November of 2013, Mica Papa’s team was in Leyte when Typhoon Yolanda struck at full force. It was the worst storm ever to be experienced by modern humanity, and she was there when Leyte was pummeled. She experienced what the people of Leyte experienced. For 24 hours, her own network could not get in touch with her. But soon, and as soon as they could, her team set to work reporting on the horrific aftermath of the storm. And for their valiant efforts to cover the storm and its aftermath, the GMA News team won the SM Super Award for Media, the Philippine Insurers & Reinsurers Association Award and, most of all, the 2014 George Foster Peabody Award, which could be considered as the Oscars for Journalism.